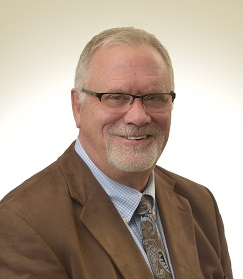 An industry veteran, Nate most recently served as the General Manager for The Cliffs at Keowee Vineyards and The Cliffs at The Springs in South Carolina. While there, he oversaw all operations of both clubs.

Prior to Kemper Sports, Nate served as General Manager of clubs in both Illinois and Tennessee which includes the Richland Country Club in Nashville, TN.

He received his BA from Capella University in St. Paul, MN. He also attended the Art Center College of Design in Pasadena, CA, and the California Institute of the Arts in Valencia, CA.

Nate has held a Certified Club Manager designation since 1999 and has been member of the Club Managers of America since 1996. He was in the PGA Head Golf Professional Program from 1996-2000.

Nate’s business experience and genuine desire to make a meaningful difference in people’s lives will be an invaluable asset to Newnan Country Club.

When not working at the club Nate enjoys mixed media painting, fishing, golf and music. His family includes three daughters and four grandchildren.

Golf Course Superintendent
(770) 253-0047
This email address is being protected from spambots. You need JavaScript enabled to view it.

Andy joined Newnan Country Club as the Golf Course Superintendent in April of 2011. Prior to NCC, Andy served as Assistant Superintendent at The Trophy Club of Atlanta, in Milton, Ga and Interned at Gettysvue Golf and Country Club, in Knoxville, TN. Andy was born in Swainsboro, Ga and grew up in Macon, GA. Andy attended ABAC, in Tifton, Ga and transferred to The University of Tennessee, where he received a BS in Plant and Soil Science, with an emphasis in Turfgrass management. Andy lives in Newnan with his wife Heather and children Thomas and Molly.Also featured is his dog, Paisley! You can spot her around the course time to time; she loves attention and tennis balls! If he is not at work you can likely find him on a baseball field, volleyball court or playing golf.

Head Golf Professional
(770) 253-3675
This email address is being protected from spambots. You need JavaScript enabled to view it.

My name is Dano Korytoski and I am the Head Professional here at Newnan Country Club. I was born in Northampton Massachusetts and Graduated from Mississippi State University in 1994 from the Professional Golf Management program with a bachelor’s degree in business marketing. I knew in seventh grade, my path was to be a Golf Professional in Georgia and moved to Newnan Georgia in May of 1994 to start my career at Orchard Hills GC. Orchard Hills closed in December 2016, and I’m blessed to have had the opportunity to join the staff here at Newnan Country Club. I now consider Newnan my home along with my wife Chelle and my son Gabriel. 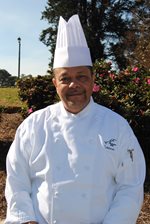 Executive Chef & F&B Manager
(678) 552-2335
This email address is being protected from spambots. You need JavaScript enabled to view it.

Raised in a family that reveled in the experience of food, the shopping, preparation, and “coming together” to share a great meal in Brooklyn, New York. Chef Lance F. Jeffers Jr. has been working in restaurant kitchens since the age of 12. This has always been his passion, and is the force that drives him. Chef Lance attended the Culinary Institute of America (1977-1979) and went on to graduate from Mercer University in 1988. He then apprenticed at the Quilted Giraffe in New York City and the Midnight Sun in Atlanta. He has held positions as a Banquet Chef at the Atlanta Airport Marriott, Executive Chef at the Embassy Suites Hotel in Buckhead, Executive Chef at the Marriott Hotel in Norcross, as Executive chef at Jennings Mill Country Club in Bogart, Ga, Food & Beverage director and executive chef at Coweta Club, in Newnan, Georgia. Lance is currently the Food & Beverage director and executive chef at Newnan Country Club in Newnan, Georgia. In addition to his role as NCC Chef Lance also is Adjunct Instructor in the Culinary Arts Program at West Ga Technical College.

Membership Marketing Director
(770) 253-7574
This email address is being protected from spambots. You need JavaScript enabled to view it.

Just moved from snowy New England area,enjoys fitness,hiking, traveling and loves exploring new restaurants! Graduated in 2016 from the University of Bridgeport with a B.S.

Accounting
This email address is being protected from spambots. You need JavaScript enabled to view it.